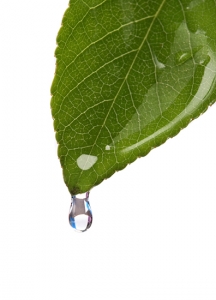 S²RM® Technology, that is used to develop a new class of therapeutic, called “systems therapeutics”  (Maguire, 2014), whereby multiple molecules from two or more adult stem cell types are used to target multiple pathways underling the particular indication to be treated. Our technology is used to formulate the most advanced skin and hair care products on the market today.

Harnessing the power of SRM (stem cell released molecules) from two or more adult stems, hence the term S²RM® Technology, the core technology has been formulated in a number of ways to develop products for skin care and hair care. Skin products have been developed that help the skin become healthier and therefore more beautiful. And, using a different formulation of the core S²RM® technology for fine and thinning hair, simple topical application of S²RM® can lead to thicker and more manageable hair.

Let’s look at this S²RM® technology more closely. Our technology is based upon decades of laboratory and clinical research by Dr. Greg Maguire at the University of California beginning in 1985 at Berkeley with his biophysical, systems studies of the brain, then beginning in 1995 at UC San Diego where he began to work with adult stem cells. Prior to Maguire’s work, many studies had shown that stem cells could replicate themselves and then become almost any type of mature cell in the human body. Maguire’s colleague, Professor Gage at UCSD, showed for the first time that neurogenesis through adult stem cells was occurring in the brain. i.e. new neurons were being produced in the adult brain (Gage et al, 1995). Early studies in Maguire’s lab demonstrated that adult stem cells injected into the brain were inducing their positive effects more through the release of molecules than through their power to differentiate, i.e. transform themselves into new mature tissue. Much work over the years by many prestigious laboratories has shown that stem cell function, and hence the number and quality of the molecules released by the stem cells, declines as we age (Oh et al, 2014). Thus our ability to maintain and heal ourselves declines as we age because of the decline in stem cell function and their reduced ability to produce the SRM. If the molecules (SRM) could be restored to their normal levels in the aged tissue, then the ability of the tissue to maintain and heal itself would be restored to that of the younger,  healthier person. 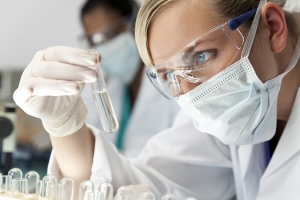 The NeoGenesis technology has harnessed the healing power of the molecules from adult stem cells to promote healthy tissues.  Having helped to discover that much of the healing power of adult stem (Maguire, 2014B) cells arises from their release of growth factors, cytokines, proteasomes, microRNA, antioxidants, chaperone proteins (Maguire, 2013), all of which are packaged in a naturally produced smart nanosphere by the stem cell itself, called the exosome (Maguire et al, 2013),  NeoGenesis products mimic and stimulate the natural healing process of tissues by restoring to aged, damaged or diseased tissue all of the aforementioned molecules normally found in young, healthy tissue (Maguire and Friedman, 2015). Aging, damaged tissue that has lost many of these molecules can be rescued by adding these molecules back to the skin through topical application of the S²RM®.

Unlike any other company, our patent-pending technology uses the correct combination of adult stem cell types relevant to that particular tissue, stimulates those adult stem cells in state dependent conditions using cell culture processes that reflect the latest scientific knowledge, and harnesses the fully formed molecules for our formulations. Other companies may use genetically modified cells that have genetic and epigenetic reprogramming errors, and use less advanced and less expensive processes to harness an incomplete set of molecules that are not fully formed (for more information see Figure 3 in Maguire et al, 2013).

At NeoGenesis we use the full complement of molecules (S²RM®), all of which are fully formed. This S²RM® technology is natural healing in its truest sense, and a systems therapeutics approach.  The “systems therapeutics” approach means that S²RM® targets many pathways, instead of the traditional reductionist approach of one molecule targeting one pathway. Because all of the molecules are packaged into exosomes, the full complement of molecules are delivered together to the target tissue at the same time and in the same space. Emergent, systems level effects are the result, leading to greater safety and efficacy (Maguire, 2016). Through powerful mimicry and stimulation of the natural healing processes found in human tissue and skin, NeoGenesis’ products achieve superior results, in the immediate and long term, and without side-effects. We simply add back to the aged skin what was once there in young, healthy skin.

The power of S²RM® technology means that homeostasis at the molecular, cellular, and tissue levels can be restored to aged tissue that exists in a state of chronic para-inflammation, thus eliminating the chronic inflammation (Maguire and Smith, 2016). Moreover, new studies in humans demonstrate that  many  age-related metabolic changes may not be inevitable (Chee et al, 2016), meaning that there is much we can do to prevent or mitigate many components of the aging process. The metabolic study reinforces the importance of lifestyle, and particularly physical activity across the life span. NeoGenesis provides one of the means to help prevent metabolic aging of the skin through homeostatic renormalization. Homeostasis is restored by providing the latest stem cell science to the development of skin and hair care products, returning to your body those molecules, 20,000 proteins in only one of many exosomes (Maguire, 2016), that were present in your skin when you were young and healthy. The exosome not only protects and delivers the molecules to the skin’s layers, but also delivers all of the molecules together in space and time so that the molecules act together as a collective, yielding superior efficacy (Maguire, 2014; 2016).